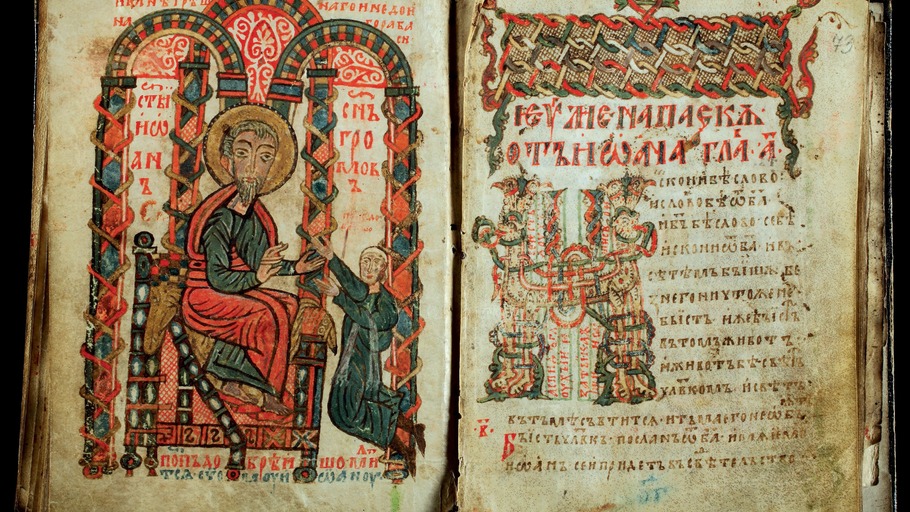 The photo exhibition “Handwritten heritage of the Balkans — crossroads of civilizations. Common heritage” dedicated to the opening of the Centre of Slavic Cultures within the Library for Foreign Literature is opening on 20 th December 2016, 6:00 p.m., in the Marble Hall of the Library.

The exhibition is jointly organized by the Bulgarian Cultural Institute and the Library for Foreign Literature.

The core aim of the exhibition is to unveil common roots and origins of Bulgarian, Russian, Serbian and other Slavic cultures developed on the basis of Orthodox Christianity, Cyrillic literature, and centuries-old mutual cultural convergence between Russia and the Balkans.

The event planners, following its author, estimate that the recovery of cultural historical memory has become an urgent need in our challenging time, marked of the ultimate choice and straightening of the civilizational way of further development.

Ivo Hadjimishev sincerely and reasonably says: “In the Balkans, we are often told to forget our own history and mythology, to change our thoughts and feelings, to move out of safe stay in our mythological past which is usually used as a shield from destroying present. But it means that we will be deprived of our souls, and in retrospection, even of the European one.

The holding power of icons and ancient manuscripts, touch to the mysteries of these pieces of work, which embrace the only possible truth about the Middle Ages, are regarded today, in our “orphaned” world, full of relativity, as an impetus which, besides a strong surge of emotions, brings spiritual delight and joy… In this way, even though in a slight degree, we help building a holistic understanding of cultural differences between countries of the Old Continent and others, and comprehension of what is considered to be an organic part of the image of New Europe”.

Not to forget your own history, not to stop along the way towards the truth – these are slogans of the exhibition which has organically fitted in with the major cultural events passed these last years. It’s about celebrating 1000-year anniversary of Vladimir, the Baptist of the Rus’ and building a monument of the Grand Prince in the heart of Moscow, celebrating 1000-year anniversary of the Russian Orthodox Church presence in Athos, glorifying Serafim Bogucharsky (Sobolev) by the Bulgarian (2002) and Russian (2016) Orthodox Churches, and many others.

The organizers hope that this exhibition will impress all those who appreciate Slavic and world cultural heritage.

Library for Foreign Literature, Marble Hall Free entry (upon submission of identity card)
Open hours: Monday-Friday – 11:00 a.m. – 6:00 p.m. / Saturday, Sunday – closed
Address: Moscow, Nikoloyamskaya street, 1
Track: you can get there from the metro station Taganskaya (ring line) by trolleybus M7 or bus 255 going up to the stop “Kinoteatr “Illusion”, or from the metro station “Kitai-gorod” (a way to the street Solyanka) by trolleybus M7 or M8 to the stop “Nikoloyamskaya ulitsa”.